Scrap is filled into the hopper by means of a grab loader. Due to the horizontal movement of the holder and the scrap’s dead weight, it falls to the bottom of the loading chamber and into the cutting space. After having been compressed on the front wall, the scrap is cut by the horizontally-moving tool-holding slide via the blades on the front wall. While the tool-holding slide is moving horizontally, the processed material is pushed out via the blades on the container’s front wall. While returning to the rear position, the loaded scrap moves under its own weight into the shears’ interior. 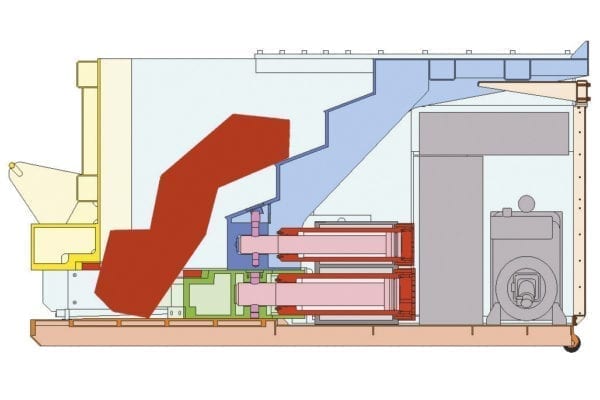 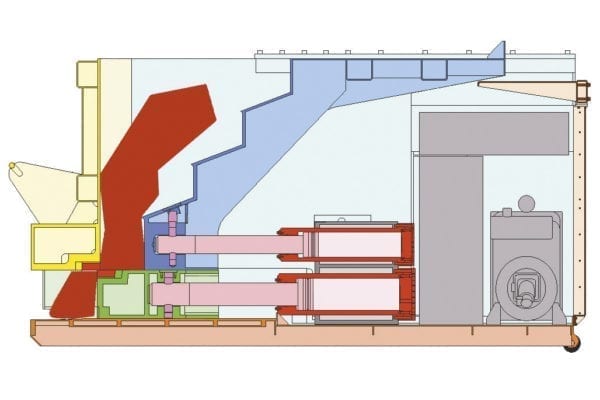 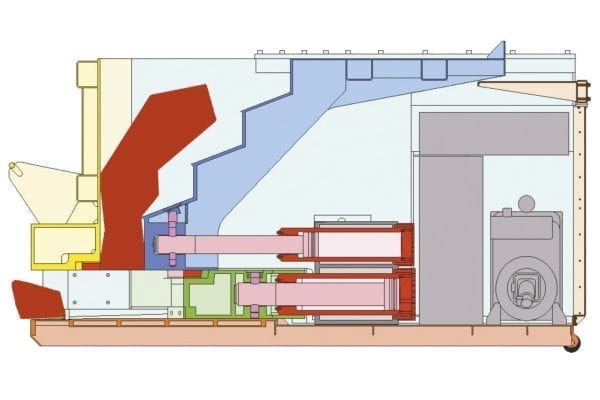 Retracting of the tool-holding slide 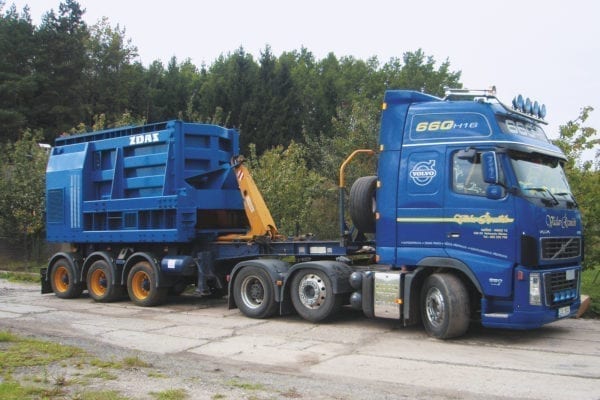 The CNS 400 K shears on a hooklift trailer 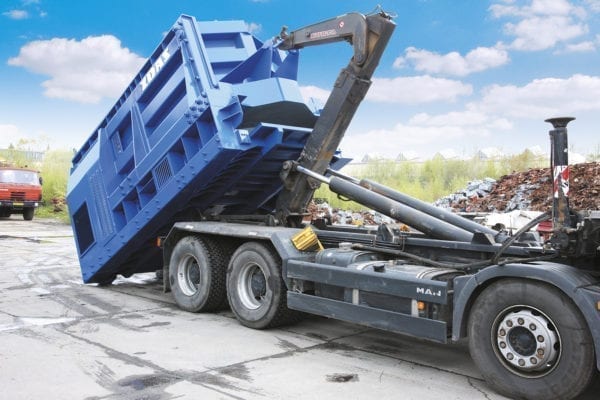 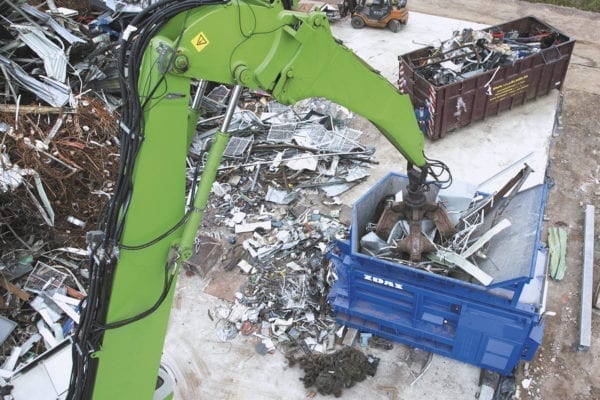 Layout of the workplace with the CNS 400 K shears 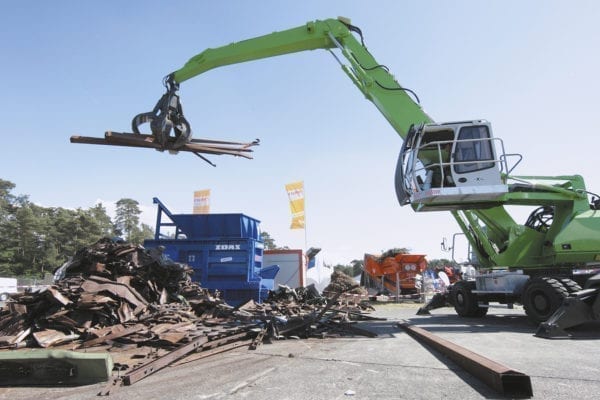 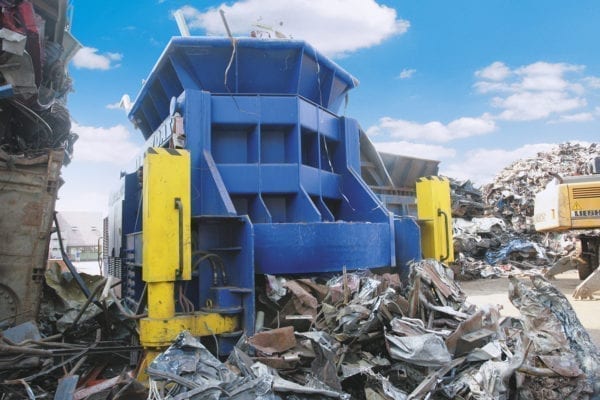 Compared to standard stationary shears, ZDAS container shears offer an original method of cutting by means of a horizontal movable tool-holding slide. This slide is located on the lower part of the loading chamber.

The shears can be remotely operated.

Like standard large-volume containers, these shears can also be lifted and moved by a hooklift truck.

The shears can be delivered with both diesel and electric engines. In addition to the standard version, Tropic and Arctic variants are also available.

The CNS 400 K shears are offered with the following options: Combination of diesel engine and pump for the shears drive Combination of electric engine and pump for the shears drive 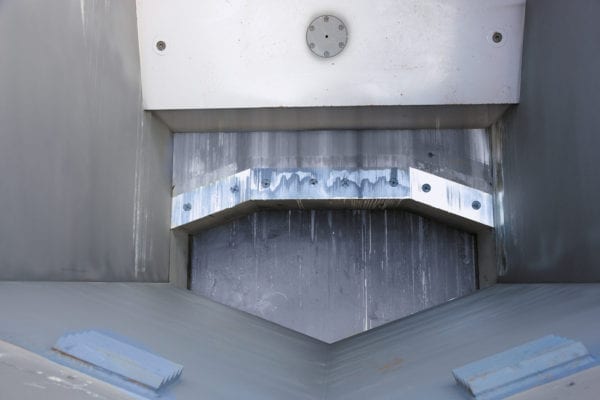 View of the cutting blades, which are the full width of the loading chamber 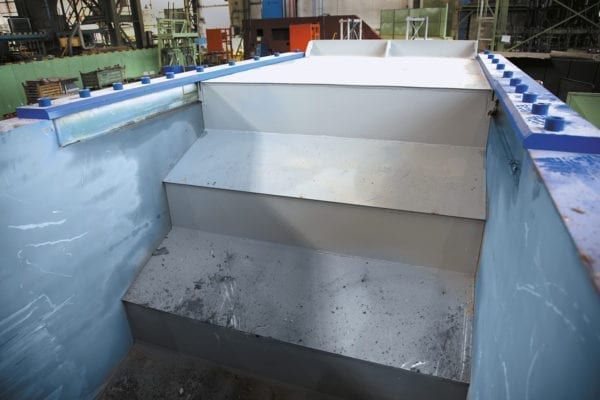 View of the scrap holding space 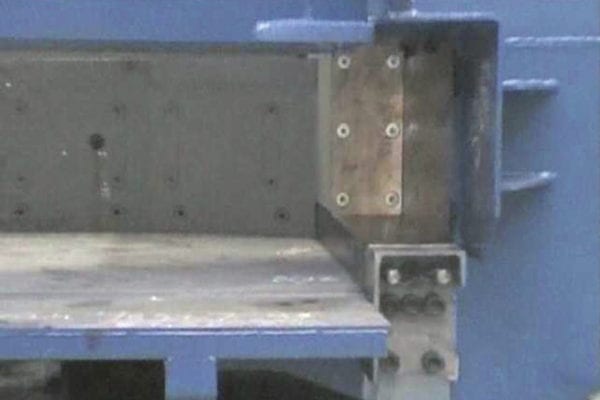 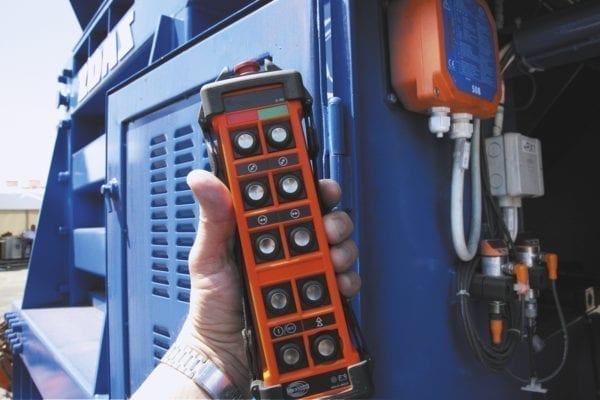